The Kimchi Chronicles – How it’s made

As you all probably know by now – in our latest Kitchen Chronicles segment we attempted to make the Korean fermented vegetable pickle, kimchi. We did this by applying the same recipe to the traditionally used Napa cabbage and the less commonly used purple cabbage. We did not use the most traditional recipe but rather sifted through a few reputable sources and constructed our own with some “just wing it” attitude…

Traditionally, the cabbage would have been soaked in a 15% salt brine for 5-10 hours. We used a dry salting method to shorten this process a bit. Kimchi is also typically packed in an earthen jar called a kimchidok, with 80% of the jar buried underground and left to ferment for 1-2 months in Korean winter temperatures. We allowed our kimchi to ferment on the kitchen counter for 7 days in South African winter temperatures.

One of the most commonly asked questions we received throughout this process was “but is it safe to make it on your own?”.  We admit that we were a little sceptical about it as well. Coming from the food industry where we traditionally discourage spontaneous microbial growth in the food products we create, it felt very counter intuitive to leave a jar of vegetables out of the fridge to fester. That being said, the result was quite impressive if we do say so ourselves. The fact is, people have been making this product safely for generations. But if that doesn’t convince you perhaps the science behind it will.

In an experiment where kimchi was inoculated with typical foodborne pathogens, the epic anti-pathogenicity of kimchi was demonstrated. Clostridium perfringens was absent after 2 days of kimchi fermentation, Staphylococcus aureus and Salmonella typhimurium after 4 days, and Listeria monocytogenes, Vibrio parahaemolyticus, and Escherichia coli after 5 days (Sook Jong Rhee, 2011).

The ingredients used in kimchi making such as garlic, ginger and chilli also have their own antimicrobial and inhibitory properties which assist in making kimchi safe to eat. Here is a bit of a closer look at what we did and what happens during the fermentation process. 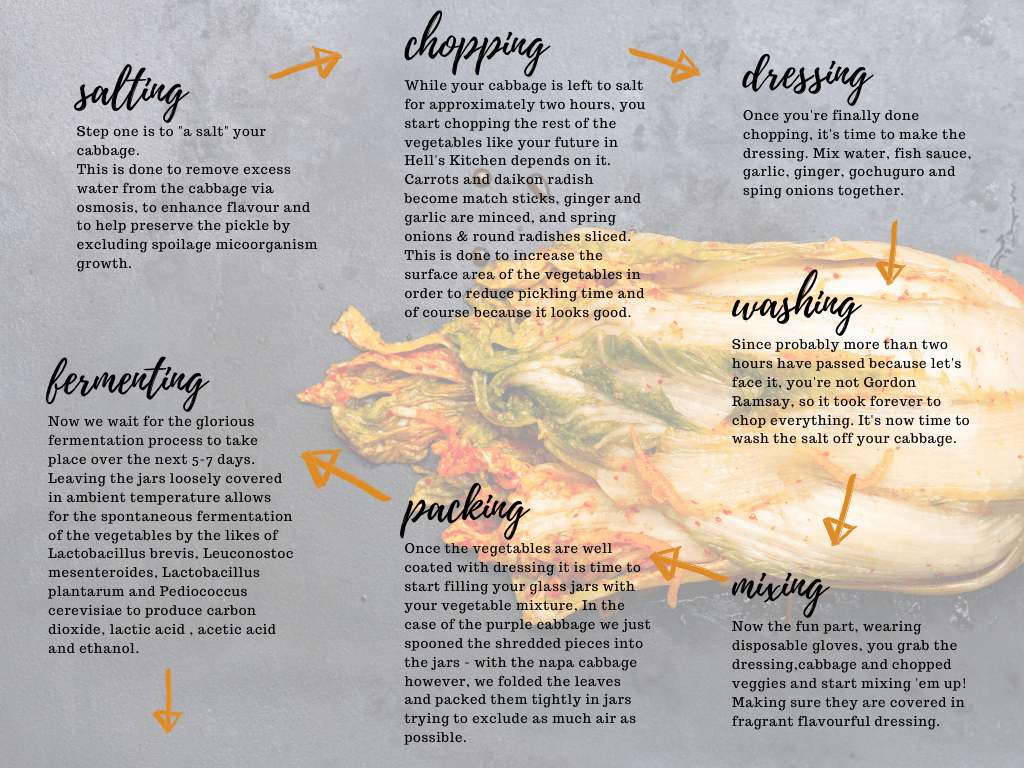 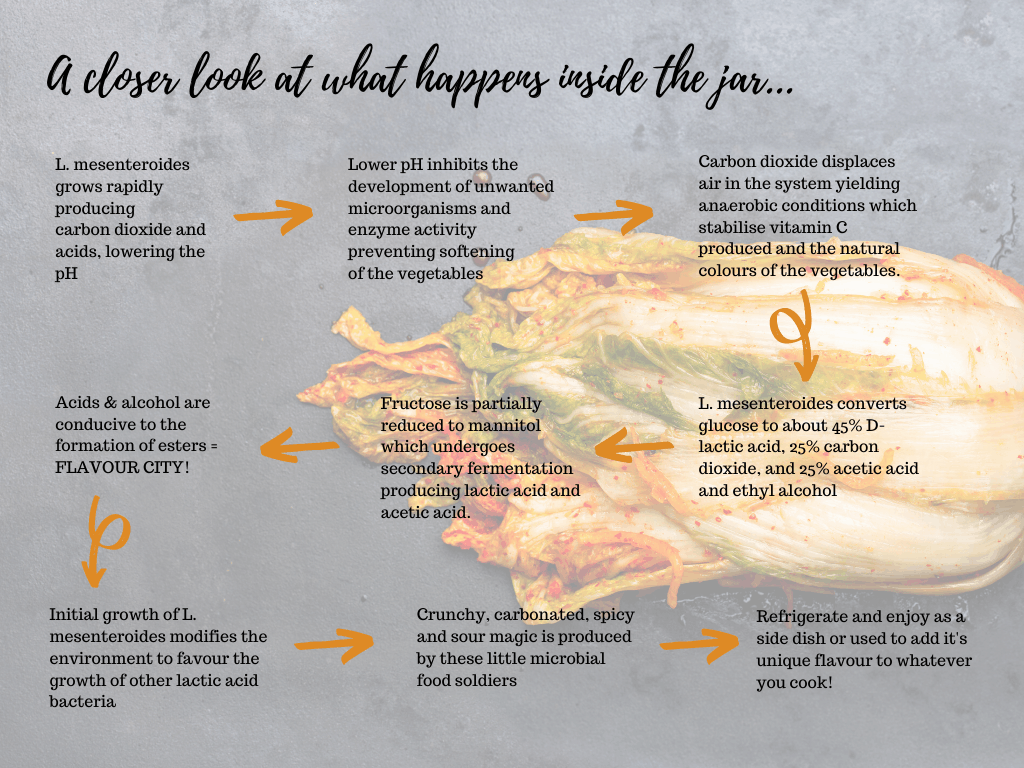